Independent film champions IndieRights have secured online distribution for Twelve Pianos on several popular platforms. Click on the Watch tab to see links to the film.

Twelve Pianos will screen at the fabulous third annual Flower Piano, in the SF Botanical Garden in Golden Gate Park, on July 15 2017! Seats are selling briskly and space is limited. Here’s a link to purchase tickets: http://www.brownpapertickets.com/event/2983991

An outrageous World Premiere screening at the nearly sold out Castro Theatre, with a piano on the red carpet and lots of Sunset Piano luminaries. Big thanks to the Green Film Festival for hosting us in style, and all of our many fans. Photo by Scott Hess. 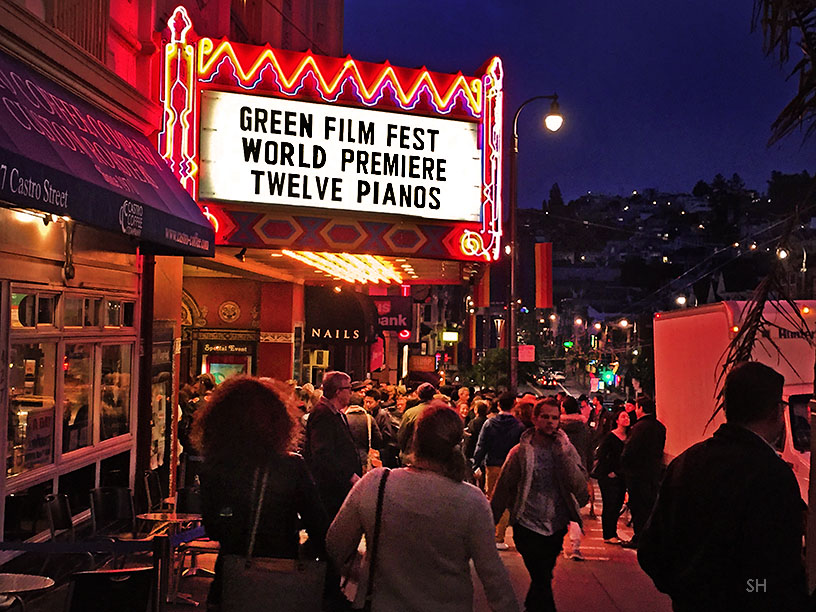 Twelve Pianos will have its world premiere as the closing film to the 7th annual Green Film Festival, screening at the Castro Theatre in San Francisco on April 26 2017. We’ll have a piano out in front and will feature some of Sunset Piano’s most beloved players before the film. So grateful to our supporters who believed in us and got us to this fantastic place!

Twelve Pianos has a surround sound mix by Dan Olmsted, done at Fantasy Film Center, and a beautiful color grade by Jesse Spencer. We’re almost there. We have retained Larsen Associates and Corey Tong as our publicists and are moving forward now with deploying our film into the world. Exciting news coming soon!

Our film is edited, and all rights have been cleared.

So much has happened! Sunset Piano brought 12 pianos to the San Francisco Botanical Garden for the 2nd annual incarnation of Flower Piano, the surprise hit of summer. Twelve Pianos is now fully edited and is awaiting a surround sound mix and final online color session. Stay tuned!

The momentum of Sunset Piano continues to grow. July 2015 saw our most successful event ever with Flower Piano, an installation of twelve pianos for twelve days in the botanical garden of Golden Gate park. We’re expecting to have the  film edited and ready for sound mix and finish by the end of the year.

Sunset Piano Opus 4 is set to begin with plans being finalized for some incredible installations. Progress continues on the film, with completion expected later this year.

An amazing year of piano events throughout San Francisco comes to a close, along with production on Twelve Pianos. Stay tuned for news about the film’s development as it continues its journey through post production.

Sunset Piano Opus 3 has begun! Pianos will soon be roaming the streets of the city. The second chapter of the film is now unfolding, and here’s a quick edit of Mauro and crew’s first “unofficial” excursion into the wilds of San Francisco:

For piano geeks only… Mauro and Dean travel to New York and visit the Steinway & Sons piano factory, with Steinway artist Lara Downes. We were given the royal treatment by Steinway’s Anthony Gilroy, with rare permission to film for Twelve Pianos. We were humbled by the level of commitment and artistry throughout the vast building, and as piano lovers we found the atmosphere of fine craft in this 160 year old institution quite intoxicating. Thank you Anthony and Lara!

There are, generally speaking, two kinds of documentaries: The “Ken Burns” kind, that takes something that happened a long time ago, gathers up the existing photos and films, the written and oral histories, and weaves it all into a neat story with a beginning, middle, and an end. And then there is the other kind, where reality is chaotically spilling out right in front of you, and you find yourself filming a bunch of crazy stuff you could have never imagined.

Twelve Pianos is clearly the second type of film. In April of 2013, Mauro told me of his intentions, and I had that feeling  you sometimes get as a filmmaker, a little voice in your subconscious that says, “Uh oh… you’re going to make a film about this. It’s going to take over your life and there isn’t a damn thing you can do about it”.

We ran a successful Kickstarter campaign for both the project and the film, gained a bunch of fans, and formed a unique kind of community in the process. In July, a heroic human effort placed a bunch of pianos into some bizarre (for a piano) situations. Music happened, people came, and a small, dedicated crew documented the results with me.

The still unfolding story is beautiful and layered. There are literally hundreds of hours of footage and recorded audio, with several interviews and backstory yet to capture. Crafting all this into a cohesive narrative is a challenge, but it’s happening, and it’s gonna be great. 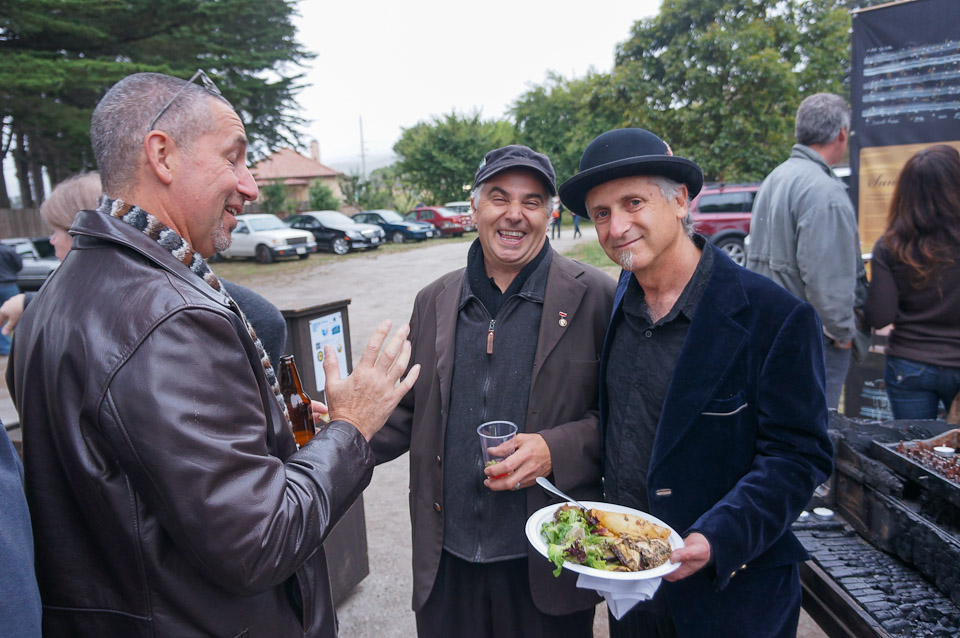